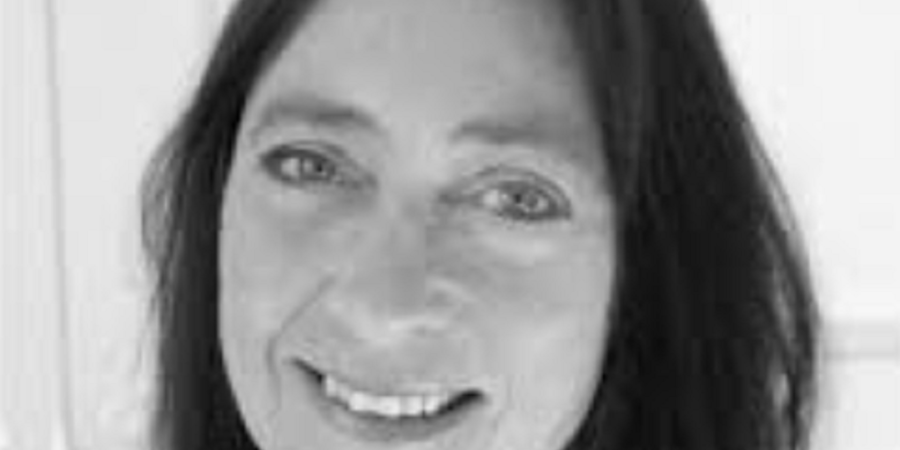 Seeing life through a quirky lens, her plots, whilst they remain plausible, veer towards the surprising and, sometimes, surreal.

‘I like to write about the good in people. Faith, hope, love – often qualities revealed when the going gets tough!’

With four children and living in the countryside, family and nature are at the forefront of her stories.

Tell us a little about yourself and how you were raised.

I was brought up in Warwickshire, England, along with my brother and two sisters. I was a bit of a tomboy – I loved careering round on my bike, building dens, climbing trees – and reading and painting. I was rather messy – covered either in paint or mud! My family attended – if infrequently – our local Methodist Church. We are descendants, on my father’s side, of Charles Wesley.

Can you share with us a book you have read recently, are currently reading?

I have just read (again) Robert Seethaler’s powerful ‘A Whole Life’. The protagonist, Andreas, is a shining example of selflessness – so worth reading in this time of focus on ‘self’! I also regularly dip into ‘Cider with Rosie’ by Laurie Lee – the master of capturing a thought or a phrase or an image in a few words. So inspiring!

What age did you realize you loved books and when did you start writing?

Some of my happiest memories are lying on the grass spending the whole day reading Enid Blyton or scribbling down my own ideas. I have an exercise book of poems going back to when I was about seven and I wrote my first story – ‘Jo and the Rainbow’ – when I was about ten, but like all rainbows it has disappeared in the mists of time!

I write fast – and then go back and review. I like to get the story out, the characters there in essence, the descriptions, the immediacy of what I can see in my mind out on the page. And then I go back and make sure the plot is working, the characters consistent. And then come the intense sessions. Have I really said what I mean to say? Could I describe it better? In fewer words? I enjoy this stage the most. Then the edits start…

I have two places – or types of place. The first is one of a number of favourite coffee shops. I love the buzz of chat without the distractions of being in my own home. The second is our summer house which has a wonderful view out over the vegetable garden and off to open fields. A bit dreamy though and easy to get distracted watching the sheep!

Precious Matter is the story of a young boy Wilfie, who is considered behind at school but is a visionary, with a knowledge of the universe way beyond his years. Wilfie’s unique gift makes him different and defines his life: he is selected by a rabble and sent as a willing sacrifice up to an orbiting space village to revive the failing space mining industry. His wisdom and confidence contrasts with the uncertainties and fears of the adults that surround him: Agatha, his mother, who blames herself for a past tragedy, Peter, his father who finds success eludes him, Skillern, his ambitious headmaster, the homely but lonely school secretary, Mrs McDuff, Weston W.B.W. the boyish advertising agent who blames himself for Wilfie’s perilous mission, Franklin the successful director who longs for a simpler life. All find strength through Wilfie. But will their salvation be at the cost of Wilfie’s demise?

What was your inspiration for starting this book or series?

The beauty and bounty of His universe. The love of one human for another. And the folly that we believe as humans we can control everything: nature, each other, our future.

Wilfie, the boy at the heart of the novel. Many of the characters (not all) reflect biblical characters, both in their names and their characteristics – but I will leave readers to detect this!

What was something that surprised you in the way this book unfolded?

The way miracles came to play their part. And how humour often seemed to be part of the most serious of situations.

How much I love nature. Some of the passages I enjoyed writing most were about Agatha in her vegetable garden or collecting walnuts or making damson cheese. All these things I have done but I had not realised how much they meant to me. The memories are powerful, and the rewards are great. I hope readers will enjoy these passages and if they haven’t already done so, maybe even give the growing, the picking, the cooking a go!

I hope they will take Wilfie Whisper to their hearts.

The world needs a visionary who believes the skies above will be his one day. No one cares if that visionary is a small boy.

Except Agatha. She has thrived for years alone with her family in the moorland that she calls home – finding friends in the creatures and lessons in the natural world – and now faces losing everything when her son is swept up in a dubious scheme hatched by a major corporation. Where Wilfie sees adventure, Agatha sees only danger.

But will the remoteness of the Whisper’s beloved moorland home, Grey Cottage, that binds her family tightly together be enough to keep Wilfie safe? And will Agatha be able to safeguard her own dark secrets while protecting her son? Poetic, tender and full of hope, Precious Matter is a heart-rending but ultimately uplifting story that reveals how, even in our bleakest moments, our capacity for love endures.