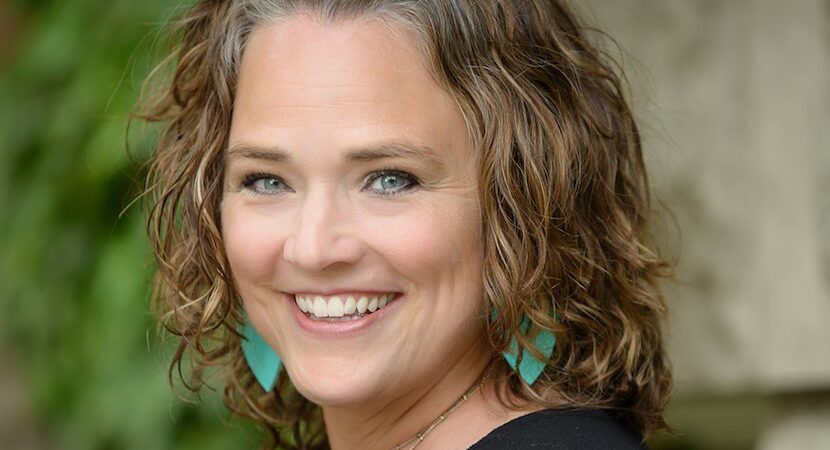 Janyre Tromp is a developmental book editor who has worked in the publishing industry for over twenty years, spending time in both marketing and editorial. She’s the author of Shadows in the Mind’s Eye and contributor to It’s a Wonderful Christmas, a Christmas novella collection with other award-winning authors, including Julie Cantrell and Lynne Gentry. When she isn’t writing, she’s a Bible study leader, writers’ conference speaker, ACFW member, wife, and mom of two kids and their menagerie of slightly eccentric pets. Visit her at janyretromp.com

Tell us a little about yourself.

There have been long stretches of my life where I was all too familiar with debilitating fear. I still have occasional flashes from my childhood, the rush of adrenaline causing my pulse to pound and hands to shake. I was terrified to have kids, to be the one responsible for their physical/mental/emotional wellbeing. The last thing I wanted was for them to have the same problems I had. But, as one of my characters Dovie May says, “The best place for miracles is where we don’t fully believe, where our believing has run out.”

My husband, Chris, and his family, as well as my good friend, Sarah De Mey, and my mom (who worked hard to get help), have been amazing role models for me as I navigate what it looks like to raise emotionally healthy kids. And we were doing quite well.

Until in about eighteen month’s time, I had a major medical issue requiring surgery, my daughter tore her ACL, my son had recurring pneumonia, my husband had spinal surgery, the docs thought I had lupus, and then to cap it off, my daughter became increasingly ill. After months of visiting doctors to find out why my thirteen-year-old daughter was experiencing increasing abdominal pain, she collapsed at school. What followed was a living nightmare. Doctors found her abdominal cavity full of a fungal infection that quickly went septic. That was the first time we almost lost her. She was hospitalized seven times over a few months’ time and the doctors had no idea what caused her illness.

Months later, she’d lost more than forty pounds, and both she and I were wracked with nightmares, an inability to drive anywhere near the hospital, or be in a room with needles. To this day, I can’t smell rubbing alcohol without my body responding with panic.

On paper she should not have survived, and I can’t describe the immense fear that comes from the Pediatric ICU or a parade of doctors. My girl is doing great now, and she is one of the toughest kids I know. But boy does she have a soft heart for other kids who are suffering, and I can fully understand why someone might struggle with faith in a loving, all-powerful God.

Honestly I don’t think it’s a coincidence that I was a little more than halfway through finish Shadows in the Mind’s Eye when my girl got sick. I don’t know that I could have done justice to my characters until I’d found the path to hope after my daughter had walked out of the hospital for the last time.

I’m enormously grateful for EMDR, my therapist, and the grace of God that much of my fear is gone.

Can you share with us a book you have read recently, are currently reading?

I just finished Jaime Jo Wright’s book The Souls of Lost Lake. I think it might be her best one yet. It’s a little bit ghost story and a little bit romance. It has the feel of true crime without being gory.

And I just started The Lost Book of Eleanor Dare by Kimberly D. Brock. It’s this fabulous book that is the author’s imaginings launched from real historical nuggets about the 1585 lost colony of Roanoke, whose citizens vanished without a trace in the early American settlement.

What age did you realize you loved books and when did you start writing?

I don’t ever remember a time I wasn’t a reader. My mom says I read The Lion, the Witch, and the Wardrobe in first grade and never looked back. As far as writing, I have always been creative, but I wasn’t one of those kids that always wanted to be a writer. In fact I started college as a Chemistry major. I ended up changing my major to English basically because I hated labs and my mom suggested I do what I loved . . . and I love to read. True story.

Then I took a job in the marketing and publicity department of a publisher and kind of fell into editing. Now I’m a developmental editor for my day job. And one day my boss told me I should try my hand at writing. So I did and quickly published my three kids books. I took a few years’ break from writing after that to raise my kiddos. One night I quipped to my husband that I’d have to write a best-selling book so we could do all the things we wanted to do.

He laughed and said, “If you want to do it, you should.” So I wrote a book that still isn’t published and seven years later, Shadows in the Mind’s Eye is making its way into the world.

I have yet to find a “normal”! My life is one big practice in dealing with interruptions. In theory, it takes about a year to research and write a book. But I’ve never had the chance to write a book straight through without having to take a break for some reason or another. This last year I worked on 4 stories. I started the year working on a book, but set it aside to write and edit two novellas, as well as perform the editing for Shadows in the Mind’s Eye. Now I’m going back to the book I started writing in 2021. I should finish that up in the next few months.

Do you normally use an outline for the books you write, or do you just start with a few ideas?

I have a few ideas, in-depth character sketches, and a good idea of some of the main conflict.

I tend to move around as I write. Since I work from home for my day job, I have an “official” office in the basement. But I also write at my kitchen table, a coffee shop, or somewhere outside (which is my favorite but only conducive in warmer weather. Michigan doesn’t always cooperate with me!)

Tell us about this Shadows in the Mind’s Eye.

A reviewer recently called Shadows in the Mind’s Eye a lyrical suspense, which kind of made me laugh because those two descriptions shouldn’t go together. But that’s actually a really good explanation of my style. It’s kind of Hitchcock mixed with book club fiction (complete with deep topics, beautiful writing, and a bit of romance).

The book is just post WWII about a husband and wife—Charlotte Anne and Sam Mattas. They were kind of that perfect, hardworking couple before Sam left their farm for the war in the Pacific. And all either of them wants is to go back to normal. Sam used to be the protector—secure and stable for Annie, who’d experienced some pretty terrible things. But when Sam arrives home in Spring of 1946, his battle fatigue has everyone questioning his sanity and her safety… especially after he nearly kills his brother, then claims to see men on the mountain where no else has seen them.

Are there really dangerous men on the mountain or is his twisted mind conjuring things that aren’t there?

In the tradition of Hitchcock with a hint of psychological thriller, Shadows in the Mind’s Eye explores the illness we now call PTSD (post traumatic stress disorder) and persistent love in a world determined to destroy it. It’s based a little on my grandparents and borrows real mob-related history from the setting in Hot Springs, Arkansas.

What was your inspiration for starting this book or series?

This story actually began while talking to my grandparents over a glass of lemonade. My U.S. History professor had given us an assignment to talk to family about the Depression and/or World War II. Until that point, I’d had no real concept of what the war was like, either for the soldiers or their families back home. I guess I’d thought that the greatest generation slid back into life and easily became the loving people I knew my grandparents were in their 70s. When I discovered that wasn’t the case, I wondered how they had survived the fear and drastic changes.

Even though the book idea started with wondering how my grandparents’ marriage survived the pressure of war, the book isn’t biographical. So, I needed a setting other than my grandparents’ hometown. For the characters that I was building, I needed a small town. When one of my good friends told me she had an entire book of stories from her family in Arkansas, I jumped at the chance to read first-hand history.

Amongst the Hughes family stories, I acquired the basis for Dovie May and Hot Springs, Arkansas—home to the largest illegal gambling racket in the country.

Well, I don’t have to tell you that mobsters and illegal activity are an excellent backdrop for a story with a bit of suspense. The book The Bookmaker’s Daughter by Shirley Abbott confirmed that Hot Springs mobsters operated with full permission of the authorities. In Shirley’s stories, I also discovered the foundation for Charlotte Anne’s father. All of which gave me a location and a cast of characters that could stoke Sam’s fears and make everyone (including the reader) wonder whether or not he was crazy.

That there is light in the darkness. There is a way through.

I’m in a Christmas novella collection with Deb Raney and Amanda Wen titled O Little Town that releases in September. In the sleepy small town of Mapleview, Michigan, Christmas is always something special. In this charming collection of romance novellas, join three generations of Mapleview residents longing for love–and finding it–on the most wonderful night of the year.

My novella, “While Mortals Sleep,” uses a twist the true story of Japan bombing Michigan, US during WWII. While the war rages overseas, news reporter Eleanor Sweers returns home to Mapleview to face the repercussions of the death of her sister and her nightmare of Christmases past. But the homefront isn’t as far from the war as she thought: a bomb has landed in the middle of the U.S. Now Eleanor and family friend Gideon Braum may have to choose between the scoop of a lifetime and the love of a lifetime.

O Little Town is an absolutely delightful collection of three charming stories from three talented authors. This book is filled with tender romance, hope, redemption, and even a little mystery that is sure to warm the hearts of readers on the coldest of winter nights. A lovely read!

I’m in love with Mapleview, Michigan, and the people who call it home—both those past and present. With heartwarming journeys and characters that grab hold of your heart, O Little Town is a perfect holiday read—that can be read anytime!

~ Tamera Alexander, USA Today bestselling author of Colors of Truth and With This Pledge

Where do we find you and your books?

You can find me on pretty much all social media as @JanyreTromp: