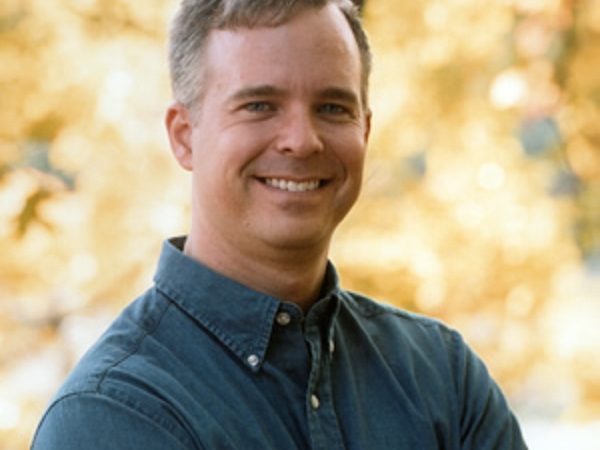 Adam Blumer is with us this week to tell us about his latest book Kill Order. Adam lives in Michigan and is an Editor. But he spends his nights and weekends doing what he really loves. Writing. He’s here to tell us today about his new book, Killing Order. This is Adam’s third book.

Adam, What age did you realize you loved books and when did you start writing?

When I was a child, I began loving books and writing wildly imaginative pirate and fantasy stories. My first handwritten story was a fantastical tale about Captain Kidd’s spyglass. In high school, I also wrote and finished an unpublished novel called Down with the Ship. Those were the early projects that inspired me to take novel writing seriously. When I won a high school award for creative writing, I wondered if God wanted to do more with my love for fiction. In college, I won more writing awards, and though I studied journalism, I took as many creative writing courses as possible. God opened doors from there, and I’ve never lost my love for fiction writing.

Is your favorite genre to read the same as what you like to write?

Yes. When I was a kid, I devoured Hardy Boys books—yes, even my sister’s collection of Nancy Drew. Eventually, I gravitated to suspense fiction by authors like Frank Peretti, Terri Blackstock, and Mary Higgins Clark. I grew weary of whodunits and preferred suspense novels. I like novels that grab me around the throat, keep the pages turning, and never let go until the final period.

What about your own writing, is there a special place you like to write?

This may be surprising, but though I have a wonderful home office and ergonomically friendly chair, my favorite place at present is the dining room floor. I have a special laptop holder that allows me to work and tilts my computer’s screen just so while I’m lying down. It’s perfect. I have been struggling with neck problems, and the arrangement allows me to work while being relatively pain free.

Do you normally use an outline for the books you write, or do you just start with a few ideas?

I start off with a few ideas and see where they go, but that’s not how I began as an author. For my first published novel, Fatal Illusions, I was very meticulous in my planning and had everything mapped out. With Kill Order, I sort of took off the training wheels and let the story glide wherever the story and characters wanted to take me. This was a fun but scary journey; I decided that if I didn’t know where the story would go, readers wouldn’t either. I hate predictable novels. The writing became adventurous and freeing, but I hit a snag with the ending. It took longer and required more work than I expected, but I wouldn’t trade this style of writing for the more confined, structured way.

Tell us about this book. What did you learn about yourself through writing it?

Kill Order, my third novel, was released August 15 by Lighthouse Publishing of the Carolinas. Here is a short description:

When he sleeps, the forgotten terrors of the past come alive.

Grammy-winning pianist Landon Jeffers’s brain cancer has given him only a few years to live. But when he sleeps, the forgotten terrors of his past torment him. When he wakes, shameful memories come rushing back. Desperate for answers, Jeffers discovers that a brain implant intended to teat his cancer is really a device to control him, forcing him to commit terrible crimes. Now he’s being manipulated by an evil crime syndicate and a crooked cop.

What if free will isn’t? What if your every move is predestined? If you kill, are you guilty of murder?

I learned that God will enable me to finish what He has led me to begun. Many times, I felt like quitting this project, but God pushed me to keep going.

What was your inspiration for starting this book?

My dad, Larry, passed away from brain cancer in 2011, and several aspects of his cancer journey kicked off the initial story idea. One key detail involved a medical procedure; the doctors agreed to remove as much of my dad’s brain tumor as possible and replace it with medicinal wafers intended to fight the existing cancer. My mind began playing the what-if game. What if the doctor implanted something else, something that could monitor or even control my dad’s life? The story grew from there.

What was something that surprised you in the way this book unfolded? What character do you like best?

As I mentioned, I had some challenges in writing the ending, but without giving spoilers, I’ll just say that I realized a potential twist that would both surprise readers and deepen several characterizations. Sometimes new paths reveal themselves during the process, and I see new avenues I never would have seen if I’d followed a strict outline. My favorite character is Landon, my main character. He experiences a critical transformation by the end of the story.

A big thematic question that comes up in the story is, What is controlling you and your life? If this is a bad thing, how can you escape? All of us yield our time and attention to something. Is this something that can enslave, like drugs or pornography? Or what about bitterness and hurtful memories we hold onto and won’t let go? What hope does God provide for those who realize they are enslaved and want to be free? While my main character deals with literal people seeking to control his life for evil purposes, I believe the same principles of freedom apply to all of us, depending of course on our unique situations.

Writing the story is only half of the project. The other half is finding out what readers like to read, crafting the story for them by following publishing standards, and writing the story to the best of your ability. Then remember that publishers can take a very long to decide whether they want your work. Don’t get discouraged. Just keep going and waiting. If God wants you to be published, He will open doors.

What project are you working on now and how do we find your books?

I’m working on the sequel to Kill Order, which I hope to put it in the hand of my agent by February. You can learn more about me and by books by exploring these links:

Adam Blumer fixes other people’s books to pay the bills. He writes his own to explore creepy lighthouses and crime scenes. He is the author of three clean Christian thrillers: Fatal Illusions, The Tenth Plague, and Kill Order. A print journalism major in college, he works full-time from home as a book editor after serving in editorial roles for more than twenty years. He lives in Michigan’s Upper Peninsula with his wife, Kim, and his daughters, Laura and Julia. He works with literary agent Cyle Young of Hartline Literary Agency.