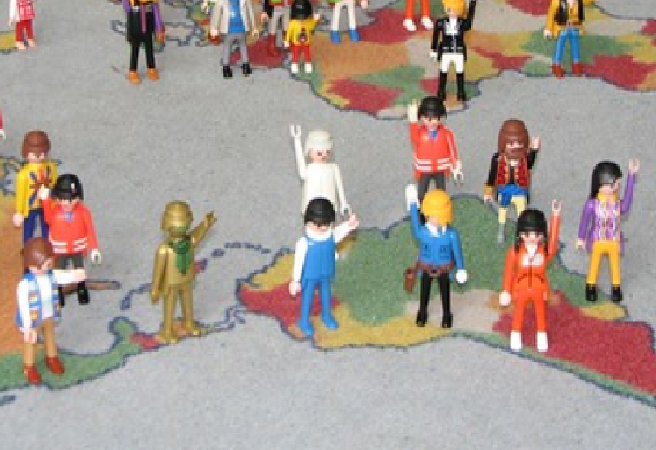 One of the hardest parts of writing it creating vivid characters.
Our characters need to be real. They need to be relatable.
If a reader can connect to a character or that character is unrealistic, the reader won’t connect with the story. This is true in both fiction and non-fiction and while a non-ficition character will already have distinct character traits, there will still be a need to fill in the “holes,” while fiction characters need to be generated from scratch.
One method of developing a mature character is to use a method called Character Mapping.
What is a character map and how do you create one?
Sarah Krewis gives us a simple explanation of how to effectively create one to develop characters.
~ Kristena Mears

When I sit down to write a new story, I tend to do something called, Chapter Mapping. I don’t know if this is a real term or not, but it’s the easiest way I’ve found to outline a story how I want it before I decide to actually write the book.

What Is Chapter Mapping?

For me, Chapter Mapping is a form of outlining where you essentially free write everything you know about each chapter.

How Do I Chapter Map?

What I do is I take a new document and simply type out, Chapter One. I then proceed to write out everything about that first chapter. It could be five pages, it could only be one. No matter what, I don’t move on to another chapter unless I’m done.

The pro of Chapter Mapping is that you’re able to focus on one chapter at a time. I know a few fellow authors who refuse to write in chapters. We each have our own style of outlining so that’s okay. But, the good part of this is that you can be writing each chapter and decide that one chapter should come before another and all you have to do is swap it out. It’s like creating puzzle pieces and fitting them in until you’re ready to write.

A con of chapter mapping, because we know there are some, is that you focus so much on making sure the mapping is perfect that you forget to write the darn book. You have to make sure you set a time limit or you could get lost in this part of your drafting.

One example of chapter mapping could be about my debut novel, Broken Tomorrows, which will be rebranded and republished at the end of the year.

In this chapter we meet Gabby and Parker. The two have been dating for five years when Parker tells her that he’s leaving for Hollywood. We also meet the families; Parker’s mom Scarlett, his brother Jacob and their dad, as well as Gabby’s parents and her best friend, Christina. End this chapter with Gabby standing up for herself and assuring everyone she doesn’t need Parker.

I don’t want to give a lot away, but this is generally how it looks.

Do you have other tips for outlining? Have you tried Chapter Mapping before?

Sarah Krewis was born and raised in a small southern town called Panacea, off the gulf coast of Florida. As a child she dreamed of being an Elementary School teacher, going as far as obtaining a Bachelor’s in Education Studies. In school, Sarah wrote poems and took a creative writing class where her love of writing began to grow.
Sarah is now a self-publish author of Broken Tomorrows, a fictional story about second chances, the choices we make, and how the consequences can shift our lives more than we can ever imagine.