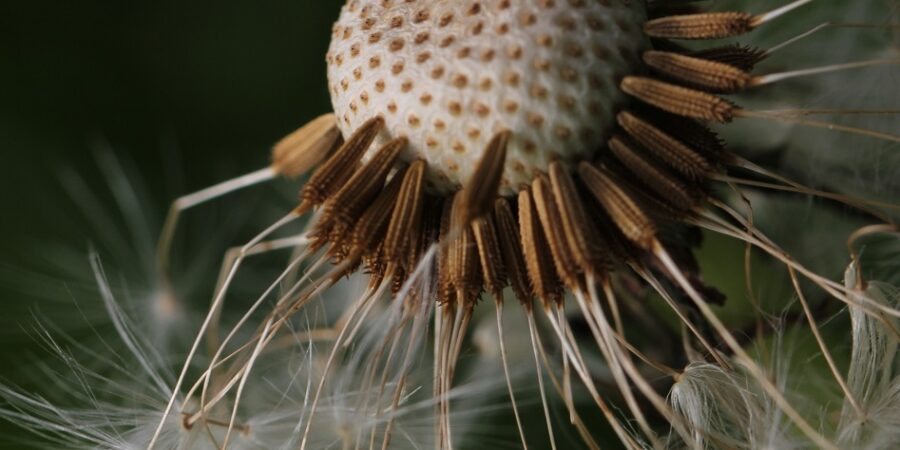 by Diane Virginia
May 3, 2022
Photo by Mike Norris on Unsplash

Tommy sat on the church steps, twirling a dandelion. The wind captured a cluster of seed parachutes, catapulting them into the air. Like the incomplete seed head, he felt his life had been breached. As much as he wanted to tune out the voices he heard coming from inside the church, he could not. He knew the identity of every voice, and their words cut deep.

“I can’t take him,” Aunt Mabel shouted. “With the Great Depression, I can scarcely take care of my own.”

“It’s because he’s not a girl…” Uncle Derrell countered.

“Then you take him in,” Aunt Mabel retorted, “or can’t you handle another son? The good Lord knows how much mischief your children have gotten into…”

“He will, because I’m going to take him.” The church doors creaked as Uncle William leaned into their massive frame. “C’mon Tommy, let’s go home.”

Tommy’s dandelion scattered further. Some of the seed parachutes crushed underfoot as he, and his new “father” exited. Having been abandoned by his birth-father without so much as an apology, and knowing his stepmother rejected him outright, could he trust Uncle William whom he’d only seen at an occasional family gathering?

As Tommy clasped the hand of the one who held his future, his dandelion broke in two. Dropping the stem, he let go of everything he held dear, including his relationship with his birthfather.

“Call me ‘Dad,’ okay? If this is going to work, you’ve got to recognize I’m your father now.”

Tommy looked back at the massive church doors. He wondered if God even existed.

A father to the fatherless. That’s who Uncle William became to Tommy, and he was a good one. Even so, the emotional scars that raged within this six-year-old boy were deep set, and haunting memories affected him into adulthood. His well-being would depend upon his willingness to call upon the Father of all fathers.

A father to the fatherless, a defender of widows, is God in His holy habitation.
~Psalm 68:5 NKJV

Forgiveness boils down to making a decision. When we forgive our earthly fathers for how they’ve fallen short, freedom comes. They’ll know even if we don’t say the liberating words, “I forgive you,” by how we extend grace.

We don’t have to depend on our earthly fathers’ approval to know we are valuable in God’s sight. Acknowledging this turns the course of our lives in a positive direction.

The fact remains that you have a heavenly Father who loved you before you had a body, a name, or an earthly identity. You were in His thoughts before creation came into existence. And your reliable heavenly Father gives you a purpose for living.

Why can we experience the shattering pain of being rejected by a birth-father? We live in a fallen world, so these losses happen. In order to have free will, God lets us make decisions. Sometimes people don’t exercise this free will wisely. Your heavenly Father cares for you at all times. Thus, He even brings substitute fathers, mothers, sisters, and friends to ease the pain of relational losses.

God sets the solitary in families.
~Psalm 69:1a NKJV

Friend, Make it your goal to nestle into Daddy God’s arms of grace. It doesn’t matter whether you ever heard approving words from your father or anyone else; your Heavenly Father shouts from Heaven’s gates, “I love you, child. You are Mine, as I am yours. I sent my Beloved Son to make sure you know how deep and wide My love is.” No matter your age or accomplishments, Father God wants to lavish His love on you, His child.

Do you find comfort in knowing Father God loves you?

Father God, help me to absorb every ounce of love You want to impart to me. Thank You for being the best “daddy” I could ever hope for. I love you.

Diane Virginia (Cunio) is an award-winning author, the director of Song of Solomon Expeditions, utilizing her Bible study, The Kiss of Peace: A Contemporary Exploration into Song of Solomon (Mount Zion Ridge Press). She is the founder/director of VineWords: Devotions and More, an online devotion site. Under the VineWords ministry, her team also produces the devotional series, Love-Knots: Stories of Faith, Family, and Friendships.