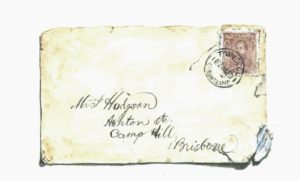 The bitter wind whipped Lilith’s dark-brown hair around her head and into her eyes causing them to sting as she ran. Fighting to keep going,  Lilith pushed herself.  Pain coursed through her side, but she struggled onward.  Her arms ached. Karlie grew heavier with each step. The toddler had been asleep when she had started this journey, but now, she was beginning to wake. This was both a concern and a relief. Shifting the child allowed blood to flow in her arms again relieving the tingling, but this also woke Karlie completely. Small arms wrapped themselves around Lilith’s neck. She wasn’t dead weight anymore, and for this, Lilith was grateful.

“Mommy, where are we going?”

This flight was an act of pure desperation. Would it be worth it? Could she go through with it? There was no other way. She had to. Her pain would mean nothing if it would save this small one that she held in her arms; if it would prevent her death.

Warm streams trickled down Lilith’s cheeks. She slowed to a walk and glanced over her shoulder. Again she confirmed that no one was following.  Just a few more yards and she would be in the wheat field and under its cover. She took a deep breath, and once more made a dash for cover.

Lilith took a few steps farther into the wheat field before she unwrapped Karlie.  White marks on the woman’s pale skin soon began to turn red as Lilith unwound the cloth that held her child in place. Lilith sat the child on the damp ground, still wet from the early morning dew.

“There is nothing to eat,  Karlie. You’ll have to wait.”

“But I’m hungry!” The child cried too loudly.

Conflicting emotions welled up in Lilith. Bile began to burn her throat and she forced herself to pace her breathing. This wasn’t the time for a panic attack. It wouldn’t keep Karlie quiet or increase their chances of getting away. If she were caught, if they found her before she knew Karlie was safe, it could mean her daughter’s life; maybe both their lives. But if this plan did actually work, she may never see this little one again; this one who she loved more than life itself.

Lilith gathered the child into her arms and held onto her as if the world would end if she let go. Her breath caught in her throat; she tried to steady herself for the child’s sake.

“I want you to remember something.”

“Remember that Mommy loves you and that if I had my way,  I  would never let you go.”

“Can’t you hold me forever?”

Karlie muttered as she nuzzled her cold nose into her mother’s neck, she once again fell fast asleep.

Lilith wrapped the blanket tightly around Karlie and took an envelope out of her pocket. Laying the child down, she tucked the letter into the cloth folds, gave her a kiss, and walked away.