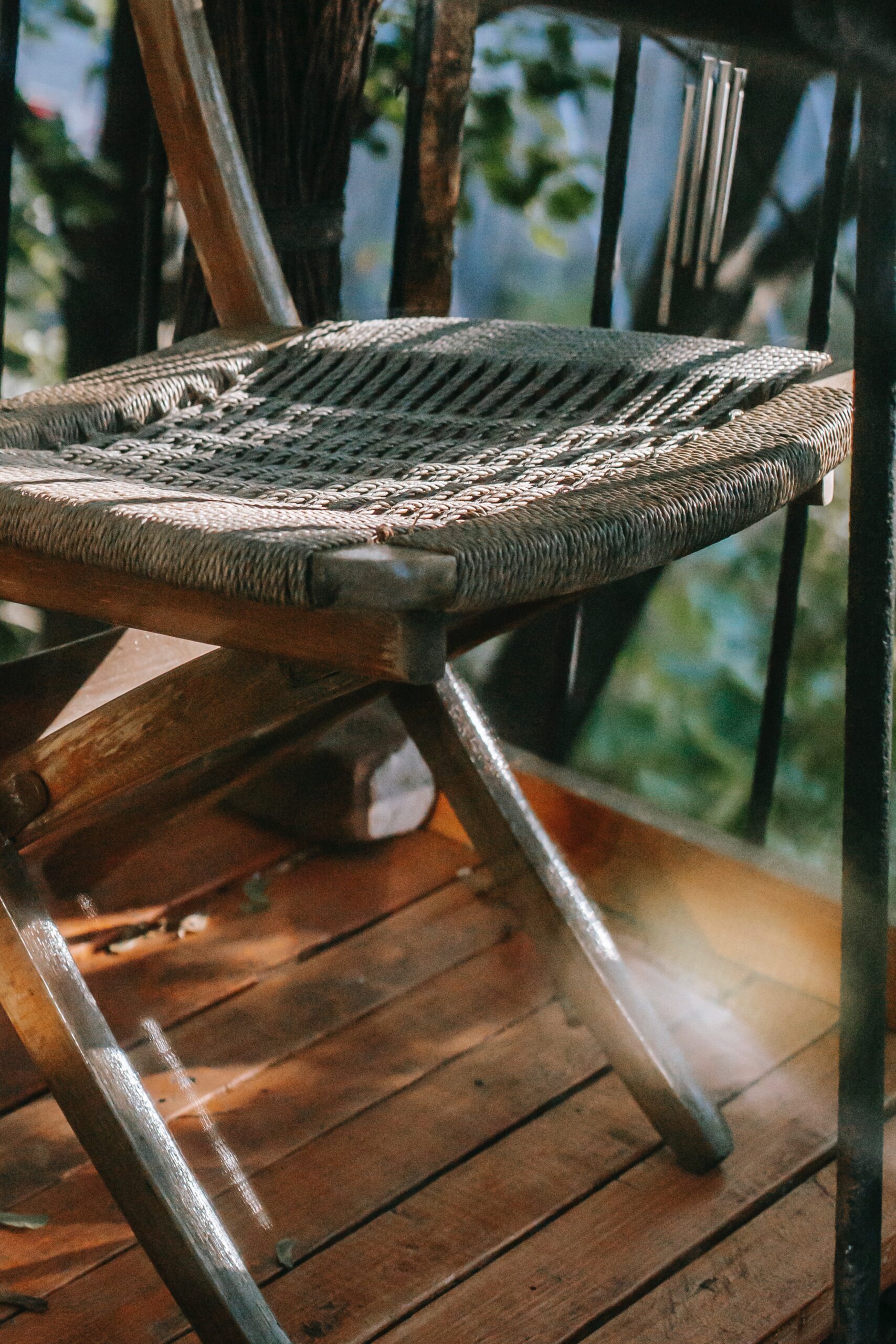 Photo by Charlotte May from Pexels

My dad grew up near the foothills of the Appalachian Mountains. The resilience and fortitude of people in his childhood stories is inspiring. They were individuals who made their own way, persevered in hard times, had little but were grateful for what they had.

Last year when we visited, he brought a chair.

“Have a seat.” He pointed to the rickety old thing.

“Your grandfather made that.” He explained.

This did little to convince me of its safety, but I trusted him and so I sat down. I didn’t find it comfortable. The wicker had spots that poked into my legs, but it was solid and I relaxed to enjoy the stories and laughter. I could have refused, gone inside to grab a different chair, but I trusted my father.

And I now have a memory that has seared its warmth into my heart.

King David was called “a man after God’s own heart.”
He was the boy who sang worship song in the field.
He killed a giant with a stone.
He was the man who refused to kill King Saul when the King first tried to kill him. Instead, David put his trust in God and refused to slay Saul, who was God’s anointed. This patriarch was a man of faith. He had seen and experienced God’s goodness and His victories.

But he was also the man who had an affair, got the woman pregnant and then killed her husband so that he could have her for his own.

When desire came, he didn’t trust God to give him what he wanted. David took things into his own hand in order to get the result he craved. When his desire arose, David forgot the life lessons of God’s goodness.

God forgave and restored David, and through the union that began in sin, came the Savior that forgave us all. But pain and heartache also were born from this mistake.

God had told David, “If that wasn’t enough, I would have given you more.”
I wonder how the story would have ended if David had gone to God and poured out his passion for Bathsheba. Would God have made a way for their union or changed David’s desire?

God wants to fulfill our needs and longings. He wants to give us all His goodness.

Are we willing to trust Him?

Kristena is an award-winning author, speaker, blogger, and self-proclaimed coffee connoisseur. She lives near Cincinnati, OH, where she is a supervisor at a large company. She’s been married to her “better half” for 39 years.and has three grown children.
When Kristena’s not busy writing or working, you’ll probably find her nose in a book. She also loves spending time with her family, traveling, cooking and dabbling in photography.

2 thoughts on “Tuesday Teachings-Trusting My Father”