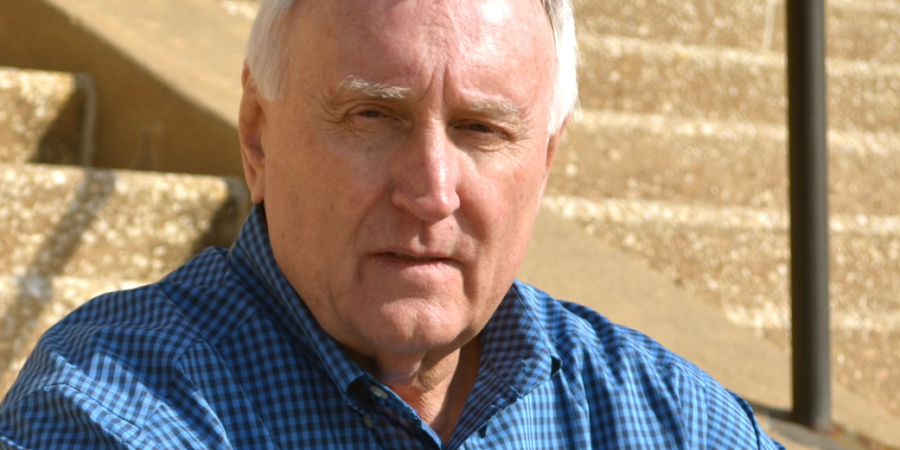 Today we have the privilege of speaking with Bill Briscoe about his new release, the second book in The Pepperman Mystery series, Panic Point. Welcome Bill, tell us about your newest book?

Panic Point, a thriller released in March 2019, features former Navy SEAL Earl Helmsly. He is honeymooning with his bride in the Smoky Mountain National Park in Tennessee. He walks to a waterfall early one morning and upon his return discovers the camp in disarray, the tent collapsed, and his wife gone. He is convinced she’s been abducted.

Here’s the twist. I interviewed several national park rangers and each said abductions in national parks are rare. But there is a reason it could happen in Panic Point.

Tell me about your favorite authors.

Harlan Coben and James Patterson are my favorite authors in the genre I write. I plan to attend Bouchercon 2019 in Dallas in the fall. It’s an annual crime fiction event for the mystery community—fans, authors, agents, booksellers, publishers and other people who read and enjoy mystery and crime fiction. James Patterson is one of the guests of honor. I hope to meet him.

Is your favorite genre to read the same as what you like to write?

No, I like to read autobiographies and historical non-fiction. A couple of books I’ve enjoyed are Killing Patton and Killing Lincoln by Bill O’Reilly.

How do you feel writing has affected your relationship with God?

I feel like God wants me to write. I think it pleases him that I do. Since I started this process, I’ve met new people who have become so important to my research I acknowledge them in the back of my books. God sent them my way.

It takes about twelve months. With Panic Point, I spent a considerable amount of time doing research before I began to write. I took two trips to Tennessee so I could walk that same path that Earl walks.

Most of my writing takes place at the breakfast table, in my man room, or at the Canyon Area Library. I start with a spiral notebook and a blue BIC pen.

What do you find to be the most challenging when writing?

My biggest challenge is staying focused to write at least five days a week.

Don’t get discouraged. Be open to constructive criticism. KEEP WRITING!

Tell me about your books and what projects are you working on now.

I’ve got two projects going on now. Panic Point, Book Two of The Pepperman Mystery Series, is with a narrator for production on Audible.  This audio book should be ready to hit the market by the end of August.

Book Three of the series, which is still unnamed, is based on a journal Jim Pepperman finds in his attic. It was written by Jim’s dad’s cousin Hans Pepperman in 1936 Berlin, Germany. The journal ends abruptly in 1939. Jim wonders what role Hans played in German politics at such a controversial time prior to the start of World War II.

When will you name the new book?

I’m waiting for the right words. All my book titles start with the letter P. That is part of my branding. I’m looking for strong, powerful P words. If you would like to suggest a title for Book Three of the series, send me an email at billbriscoe@billbriscoe.com.

How do we find your books?

My books are available on Amazon, B&N, Apple, and KOBO.